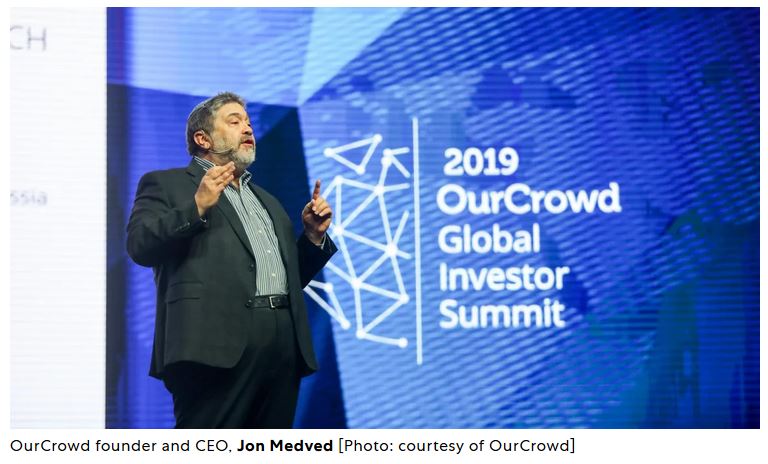 Jon Medved, CEO OurCrowd will make a special appearance and deliver a keynote at FFCON19 on April 3 at Gowling WLG (Canada) LLP.  Jon originally spoke at this same conference back in 2015 when it was called CCS (Canadian Crowdfinance Summit).

Since then OurCrowd has reached a new milestone: The global equity crowdfunding platform announced it reached $1 billion in commitments in six years. During the OurCrowd Global Investor Summit in Jerusalem on Thursday, founder and CEO Jon Medved said the company now counts 170 startups, 18 funds, and 29 exits.

While many of its startups are based in Israel, OurCrowd’s network of 30,000 registered investors hail from over 150 countries (although primary investors are based in the United States). Members average seven investments, with a portfolio size of over $350,000.

“Our portfolio is, by design, quite diverse,” Medved said during a press conference. “We have companies that run the gamut from drones to agtech, from cybersecurity to food technology, to consumer software and medical products, digital health, and big cloud data.”

‘He’s truly a money magnet, if you’re interested in raising capital for early stage tech start-ups across all sectors, this is a talk you don’t want to miss.’  Craig Asano, NCFA