The 2nd annual Canadian Crowdfunding Summit (#CCS2016) on March 3, 2016 brought together a diverse crowd of companies, investors, providers, industry experts and leaders in the crowdfunding, fintech and altfi sectors. Over 440 attendees were in attendance, including 75+ speakers, 30 sessions and 12 pitching companies.

Now in its second year, the Canadian Crowdfunding Summit (hosted by the National Crowdfunding Association of Canada) is Canada’s only national event on crowdfunding, alternative finance and fintech that brings together Canadian and international industry experts, leaders and innovators in the fast growing and lucrative crowdfunding alternative finance industry. With the newly released equity crowdfunding regulations across Canada and the emergence of marketplace lending and investment bank 2.0 platforms, 2016 is anticipated to be a year of exponential growth.

This year’s Summit was officially opened by Ontario Finance Minister Hon. Charles Sousa, who endorsed the emerging industry, which helps build on the province’s plan for economic growth and job creation.

Master of Ceremonies Michael Brancroft (Executive Producer of Bloomberg Canada TV and co-host of The Feed with Amber Mac on Sirius XM), Tim Jackson (EVP Corporate and Community Development, MaRS) and Craig Asano (founder and Executive Director of the National Crowdfunding Association of Canada) kicked off the summit at 8:30 am, with Hon. Charles Sousa ringing the opening bell. 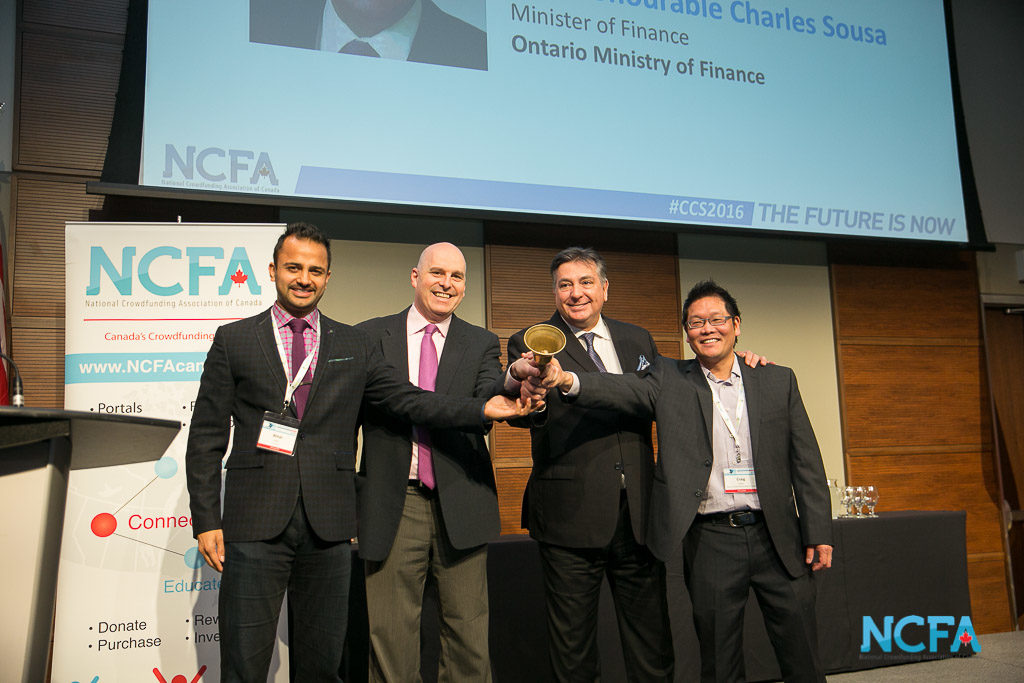 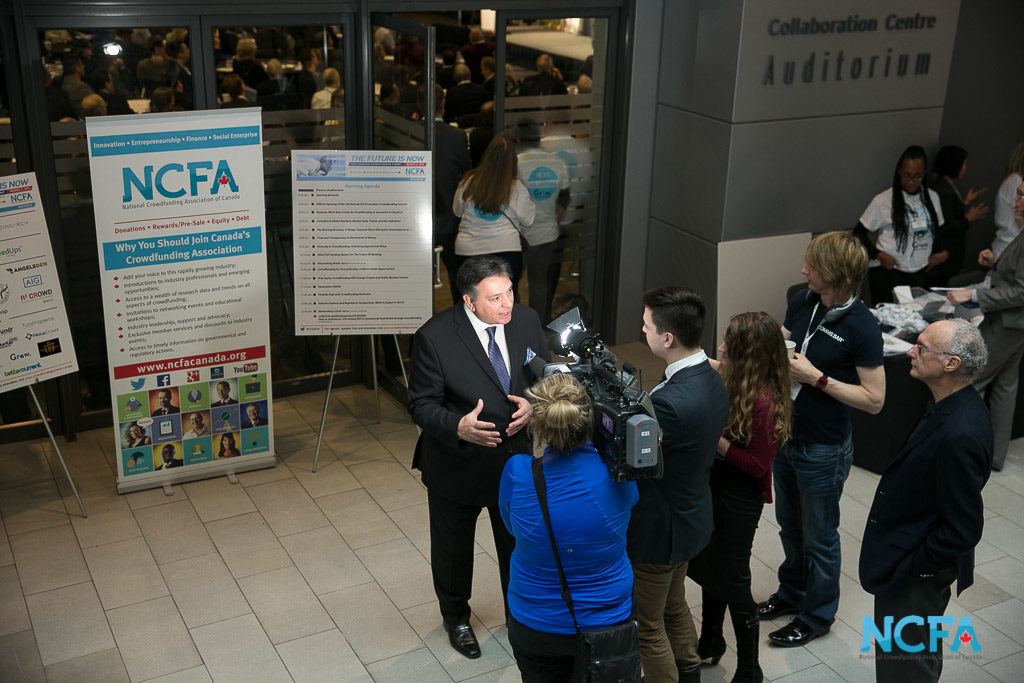 Hon. Charles Sousa with the media.

Following the official opening came the Summit’s keynote speaker Bill Morrow (founder and CEO, Angels Den), who discussed what it takes for a crowdfunding ecosystem to thrive in a country, and not just exist based on over 8 years of insight from having operated Angels Den in the UK and internationally. There is an implied assumption from most crowdfunding platforms that startups “just” need cash to get up and running… but cash is only #3 on most angel investor’s list of important factors to consider, after passion / excitement about the company, and altruism.

Following the keynote were a number of shorter TEDx-style talks and presentation on diverse topics covering Canadian and global market data and trends; the sharing economy; trust and transparency in the internet of money, diversity in crowdfunding; P2P lending and the future of banking; virtual reality; equity crowdfunding’s impact on private and public markets, and marketing to millennials.

Next came the much-anticipated panel ” Fireside Chat with Crowdfunding Rockstars” moderated by Mark Evans (Principal, ME Consulting) with panelists Daniel Blumer (CEO/Co-founder, Revol Technologies Inc, whose raised over $2.6 million USD for their Revols product – Bluetooth earphones that mold to the contours of a person’s ears, earning them the new record for Canada’s top crowdfunding campaign; Behrouz Hariri (Co-founder, Smart Nora), raised more than $1 million USD in pre-orders for Nora, the non-invasive and smart snoring solution and Judeh Siwady (CEO/Founder, Spacefy), who recently raised capital through equity crowdfunding for Spacefy, which gives creators access to unique and under-utilized spaces while allowing space owners to further monetize their spaces.

Up next #fireside chat with #crowdfunding rockstars at @NCFACanada #CCS2016 with @markevans pic.twitter.com/oGioL8ol3g

Then comes the mad dash to the buffet tables as lunch time rolls around! Several guests avoided the lines by going to R2CROWD’s Lunch & Learn in the green room: How to Achieve 8-12% Annual ROI in Commercial Real Estate through Crowdfunding.

Another packed event @MaRSDD this one on crowdfunding #CCS2016 enjoy everyone! pic.twitter.com/NK9lS9uOaw

Want to learn about #realestate#crowdfunding? Join @R2CROWD‘s Lunch & Learn in the green room at 12:30 #CCS2016pic.twitter.com/3j3lFmDt81

After lunch, the crowd chose from 5 concurrent afternoon streams of workshops, panel sessions and live pitching. Here’s a look at the highlights from the Main Stage (Auditorium B+C), where the following sessions took place:

Happening now – Emergence of #Fintech in Lending: What it Means for Banks and Main. #CCS2016 pic.twitter.com/QDoRImM7jp — Lendified (@Lendified) March 3, 2016

Highlights from the Tactical Stream (Auditorium A), where the following sessions took place: 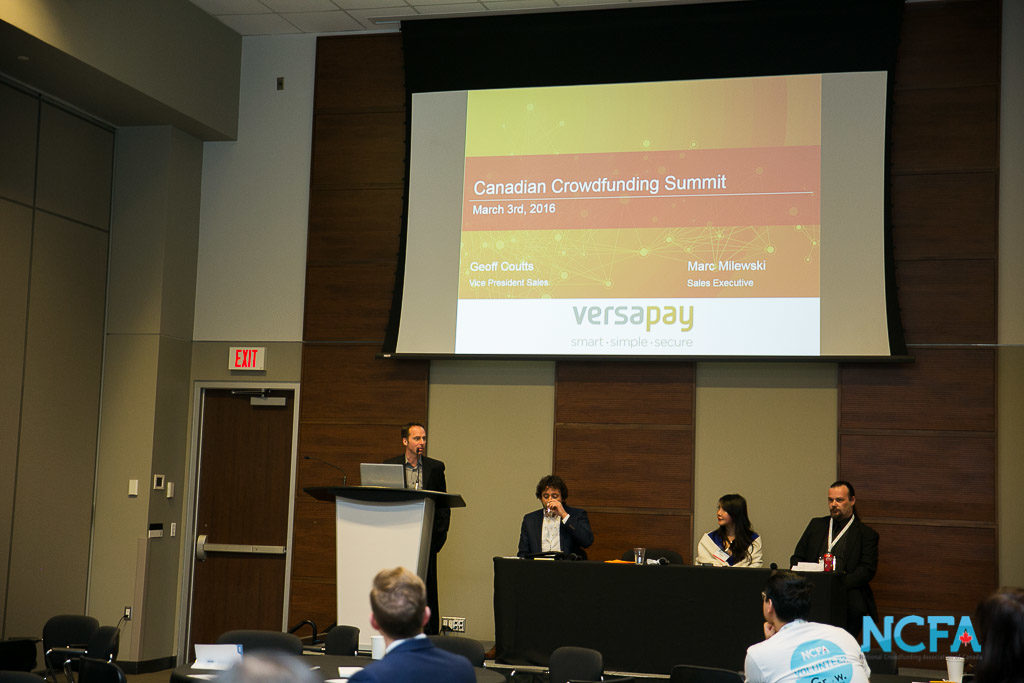 Highlights from the Tactical Stream (CR2), where the following sessions took place:

Best#crowdfunding practices: the crowd isn’t waiting for you, you need to bring them with you! #CCS2016 @HiveWireCA pic.twitter.com/AAvPr94rfn — Social Impact News (@socimpnews) March 3, 2016

Panel talking ‘Protecting Yourself, Your Business and your Crowdfunding Investment’ at @NCFACanada #CCS2016 pic.twitter.com/ArumNtC0d1

Learning Community & Locavesting at #CCS2016 We can crowdfund everything we need @locavesting@CoPowerIncpic.twitter.com/Fieqjdt5Jg — Revelstoke Economic (@BizinParadise) March 3, 2016

Highlights from the Meet & Greet (Green Room), where the following sessions took place: 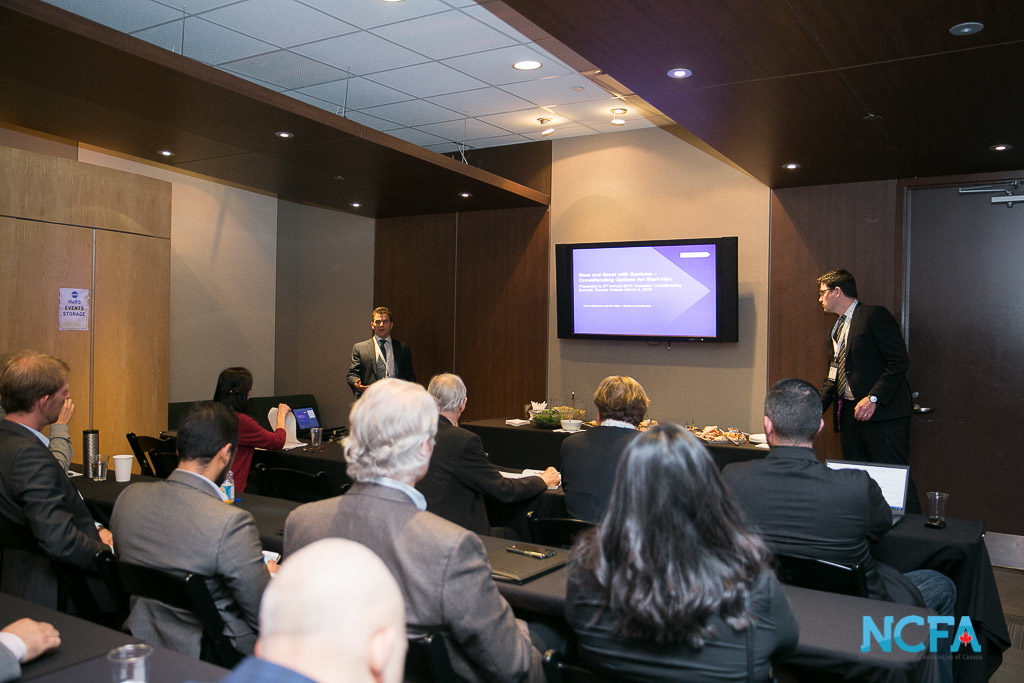 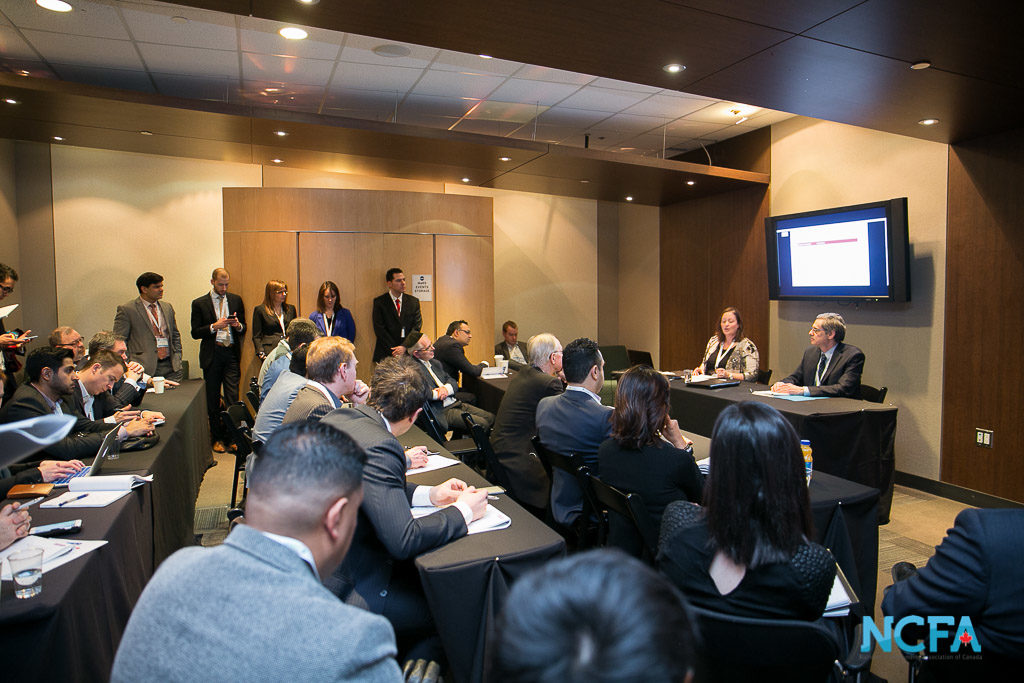 And last but certainly not least, highlights from the Live Pitching stream (CR3) where 12 startups pitched in front of a panel of judges and the crowd for “Front of the Line” Golden Tickets to CBC Dragon’s Den auditions. 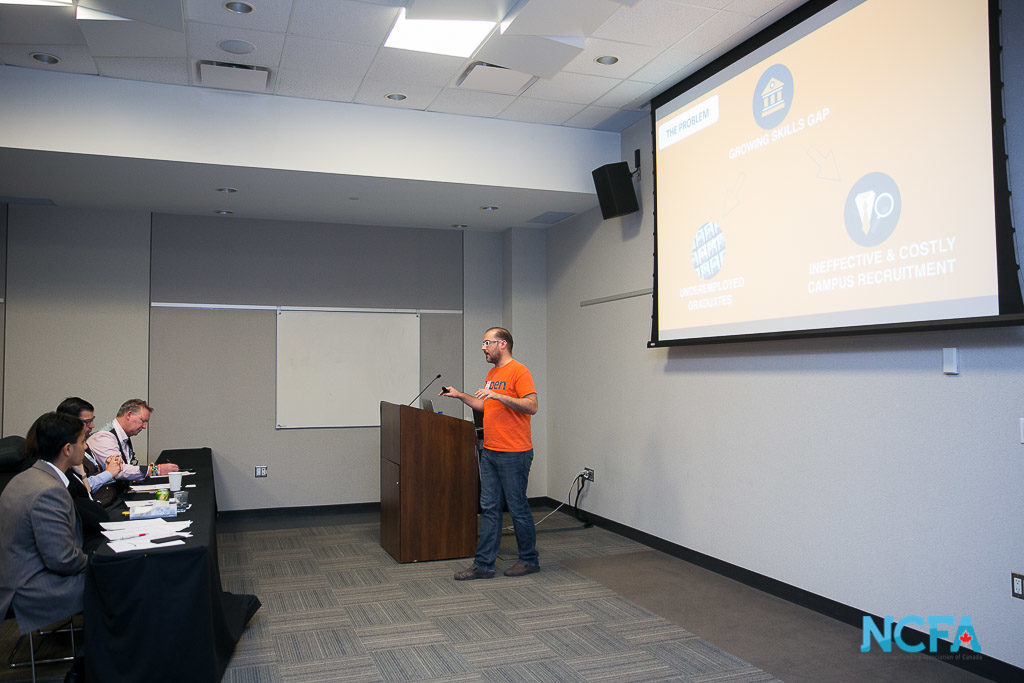 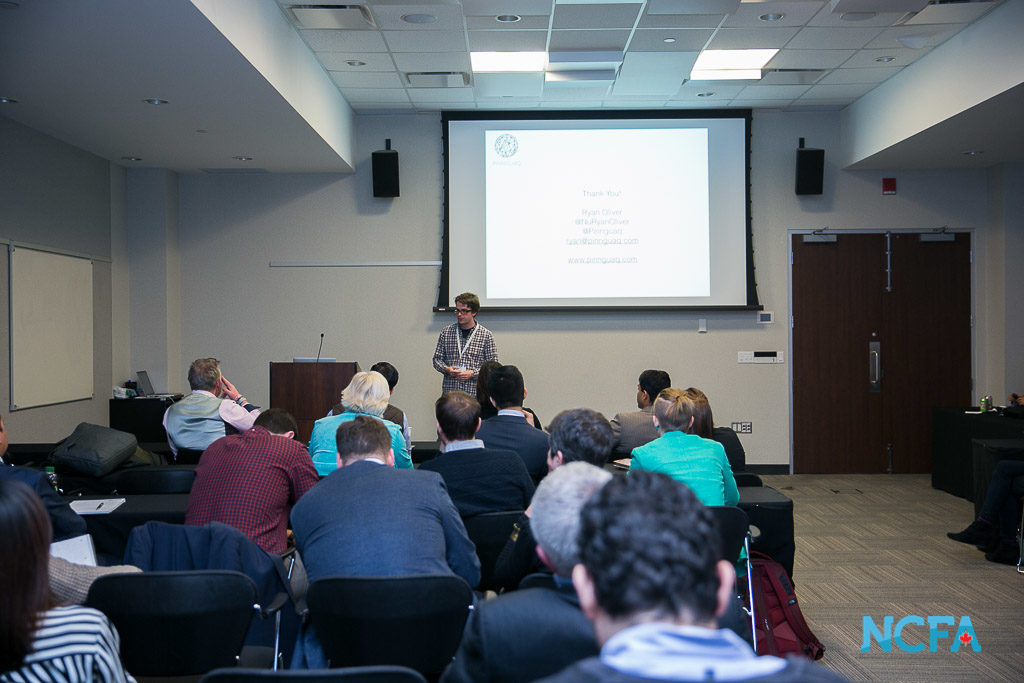 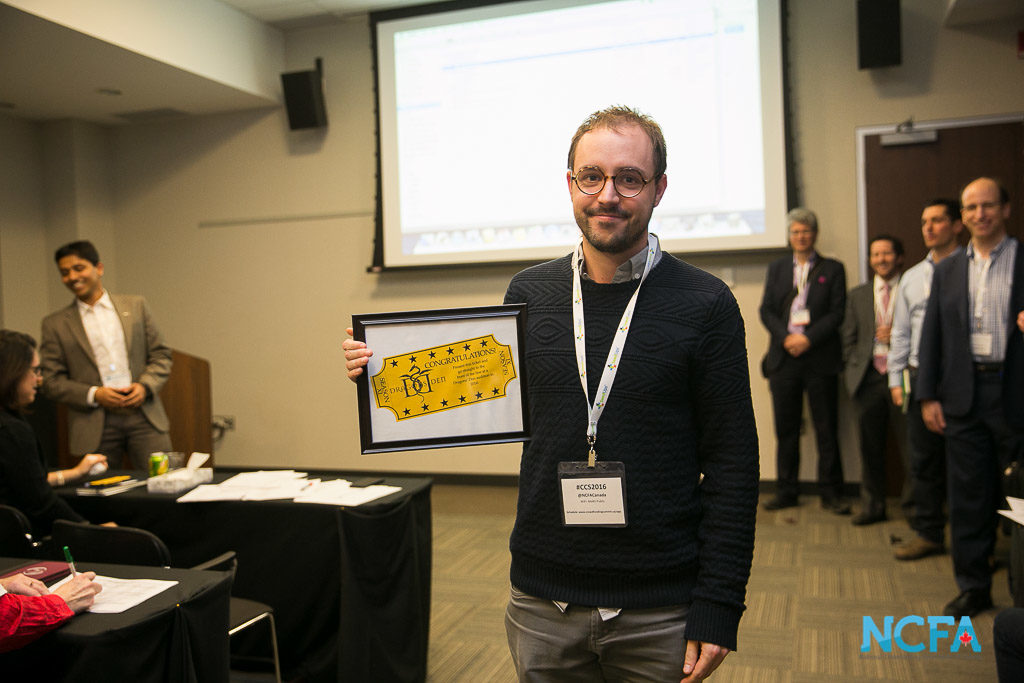 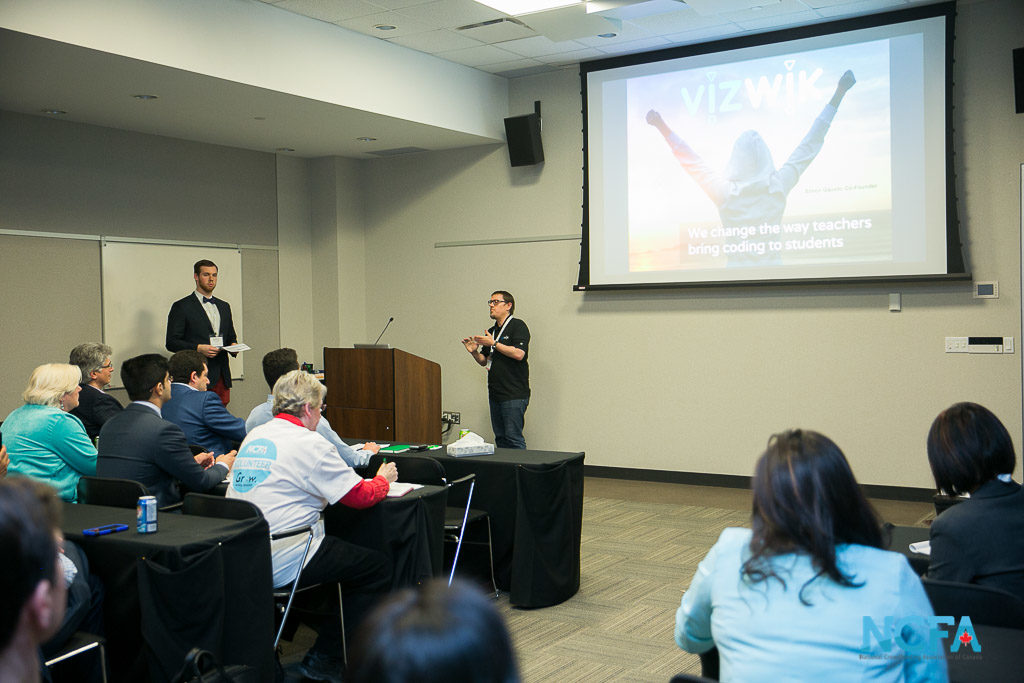 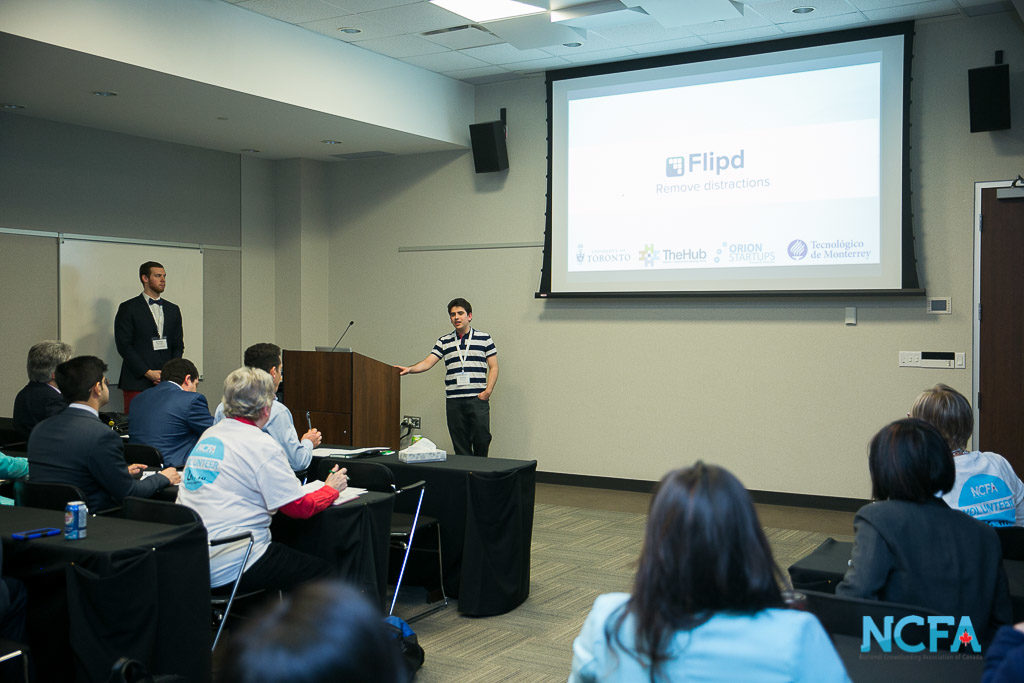 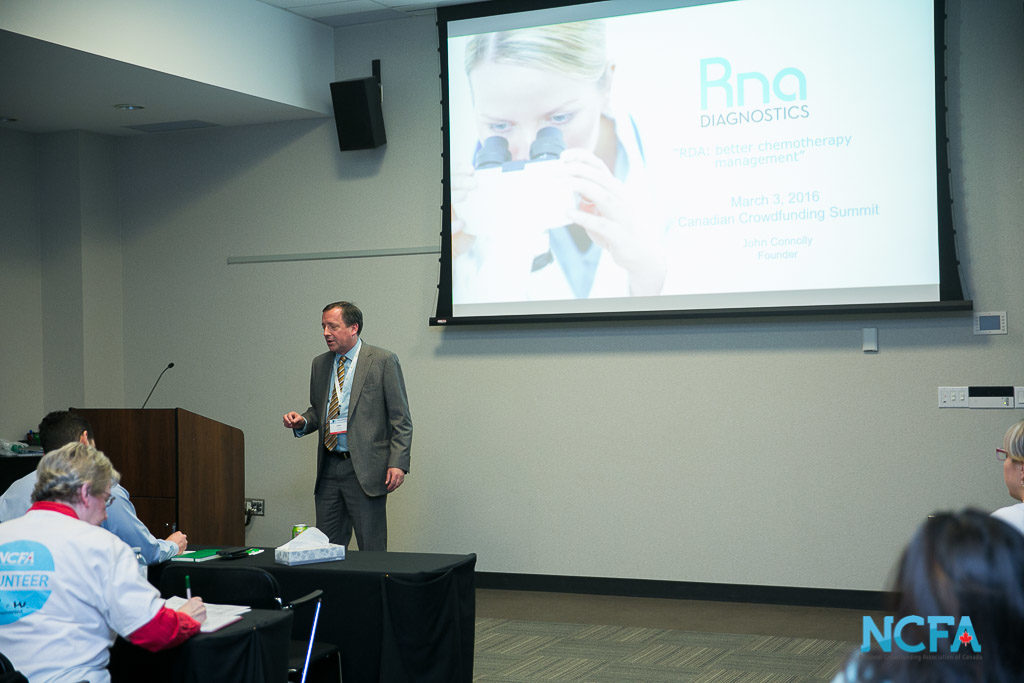 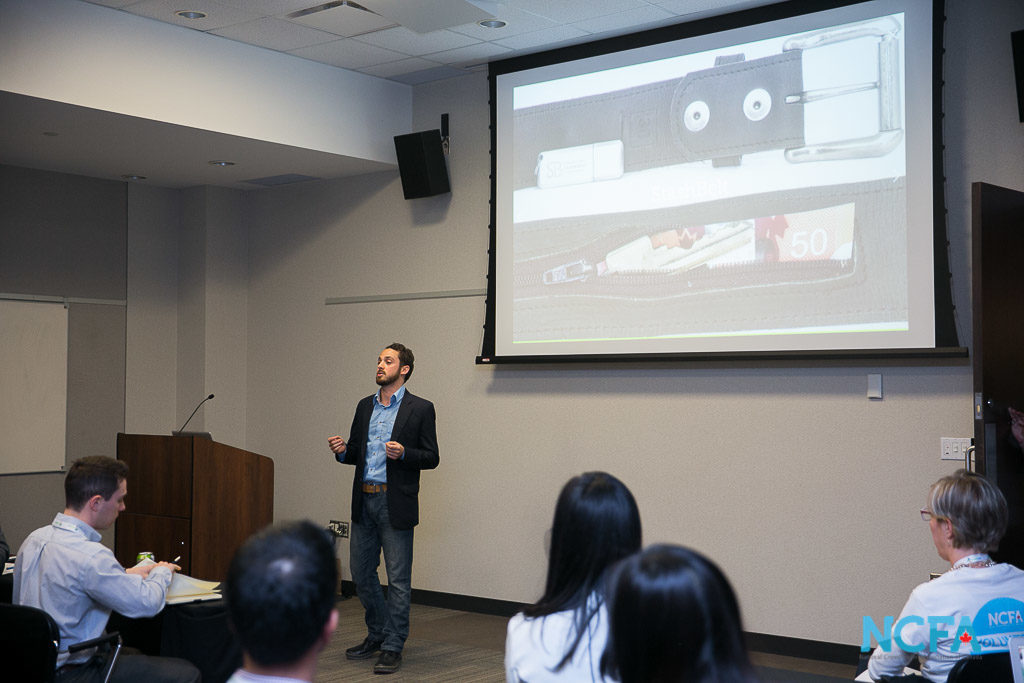 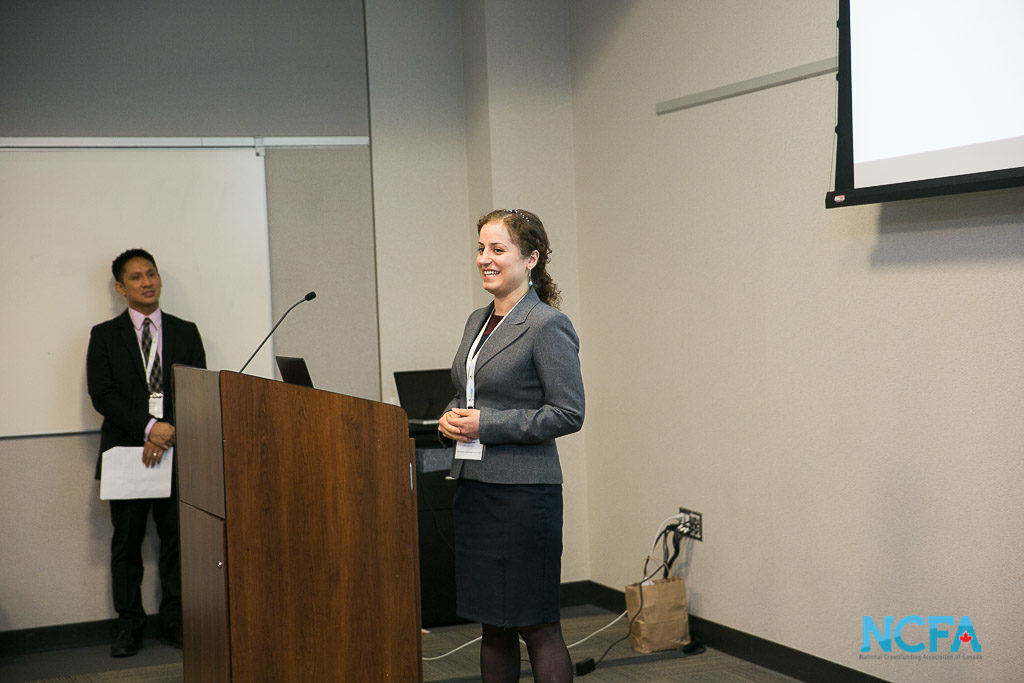 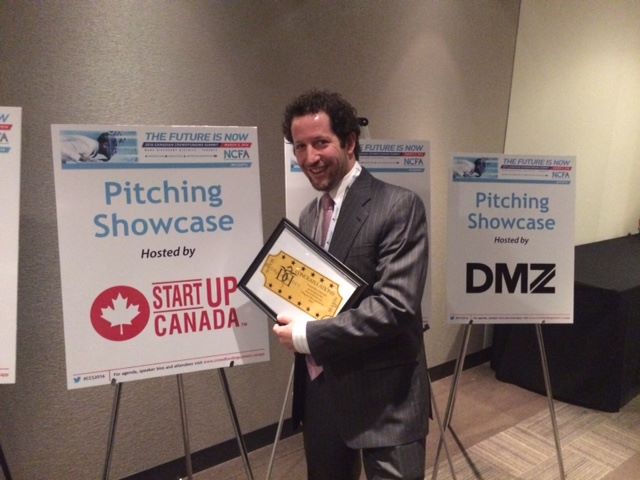 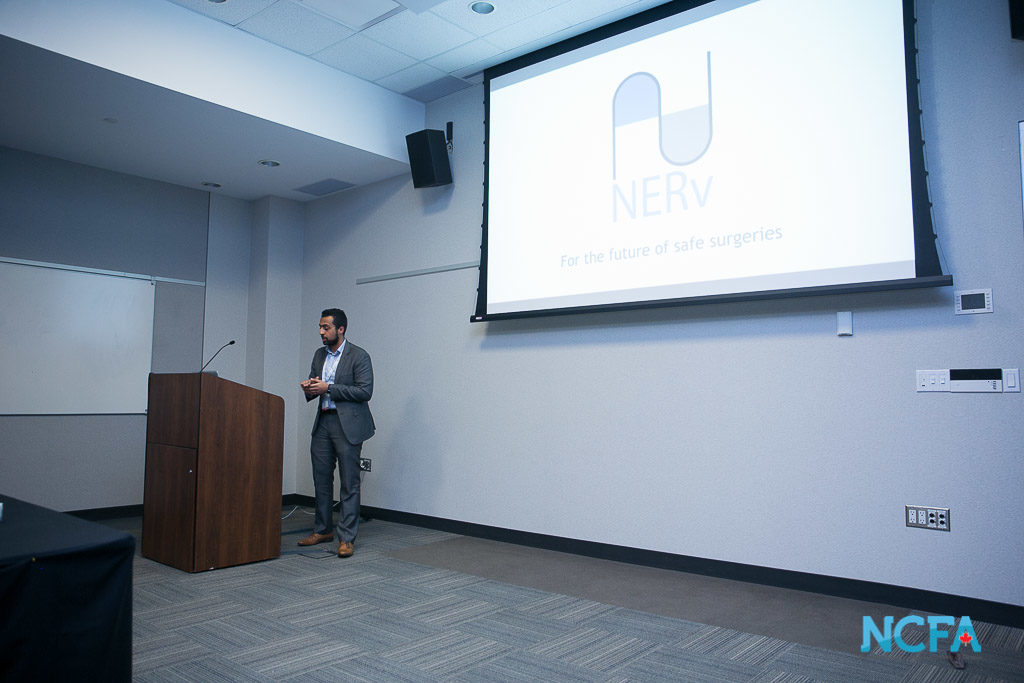 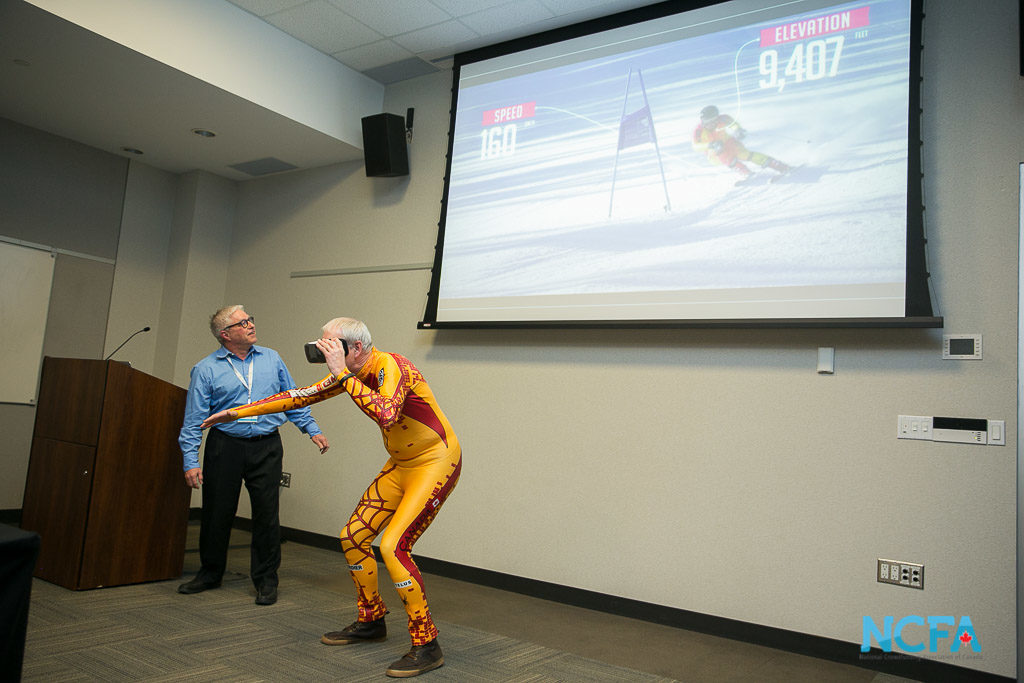 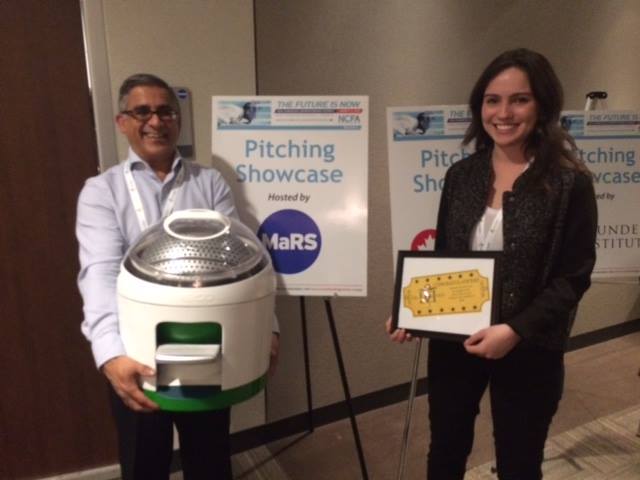 The crowd gathers back in the main auditorium for the closing panel, closing keynote and closing remarks for the day, including a power panel of experts discussing the future of crowdfunding and the democratization of finance moderated by Erin Bury; a look at P2P decentralized networks by Anthony Di Iorio, who raised over $18 million for his Ethereum crowdfunding campaign (the 5th largest crowdfunding campaign in the world, also partially funded by bitcoin); and finally closing remarks by Adam Nanjee, Head of Fintech at MaRS.

It’s on ice! Getting ready for the reception after a full day. Thanks @highlanderbrew #ccs2016 pic.twitter.com/0ogyQQi2gk — NCFA Canada (@NCFACanada) March 3, 2016

It was good to be here at #CCS2016. Thanks to @NCFACanada and all the event organizers /managers pic.twitter.com/vpHAh2Cbq7 — RIC Centre (@RICCentre) March 3, 2016

Big thanks to everyone who attended this year’s Summit and all the sponsors, speakers, community partners and volunteers who helped make this event possible! We hope to see you again in 2017! 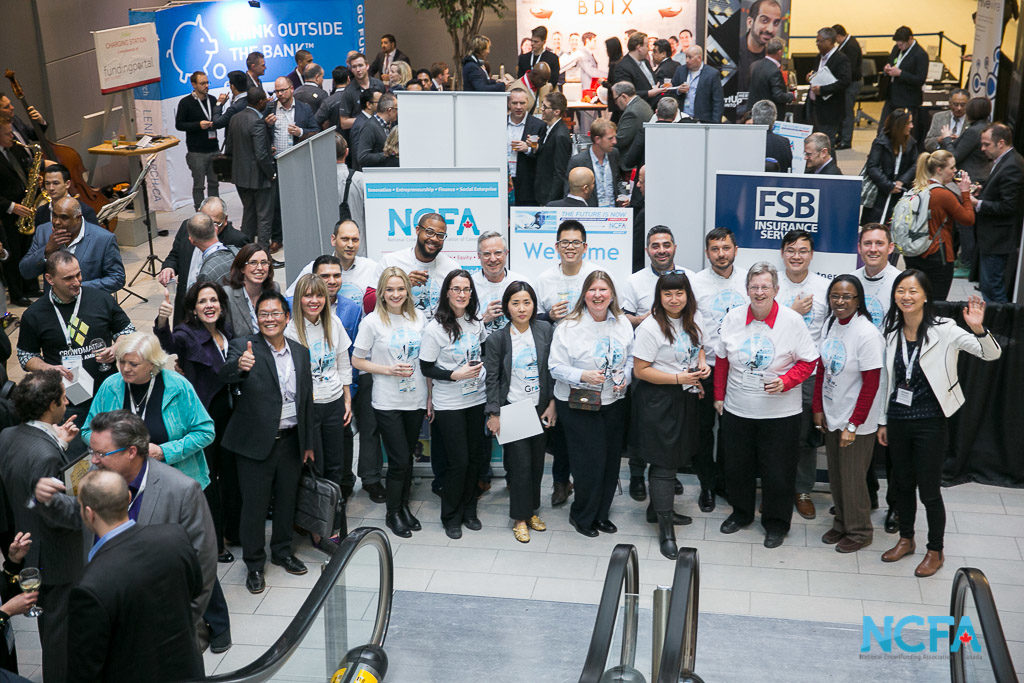 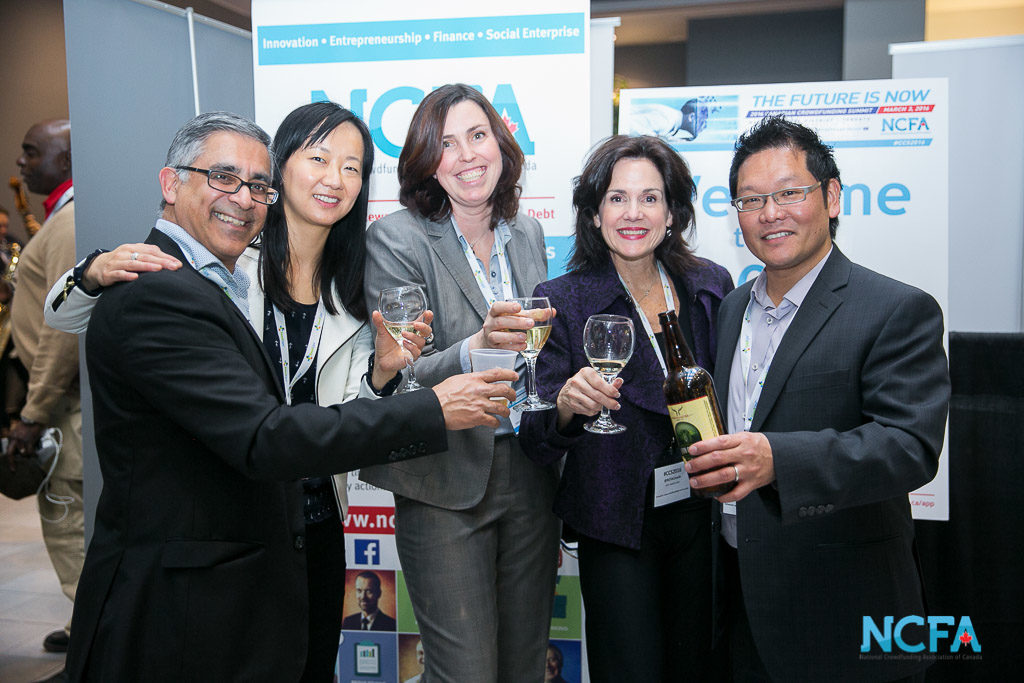 THANK YOU TO ALL OUR #CCS2016 SPONSORS AND PARTNERS: 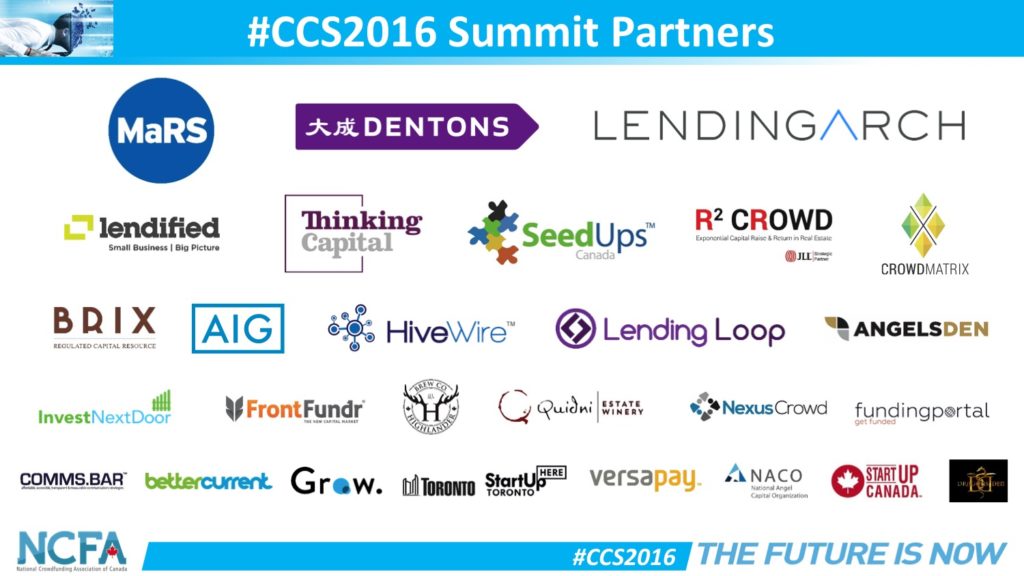 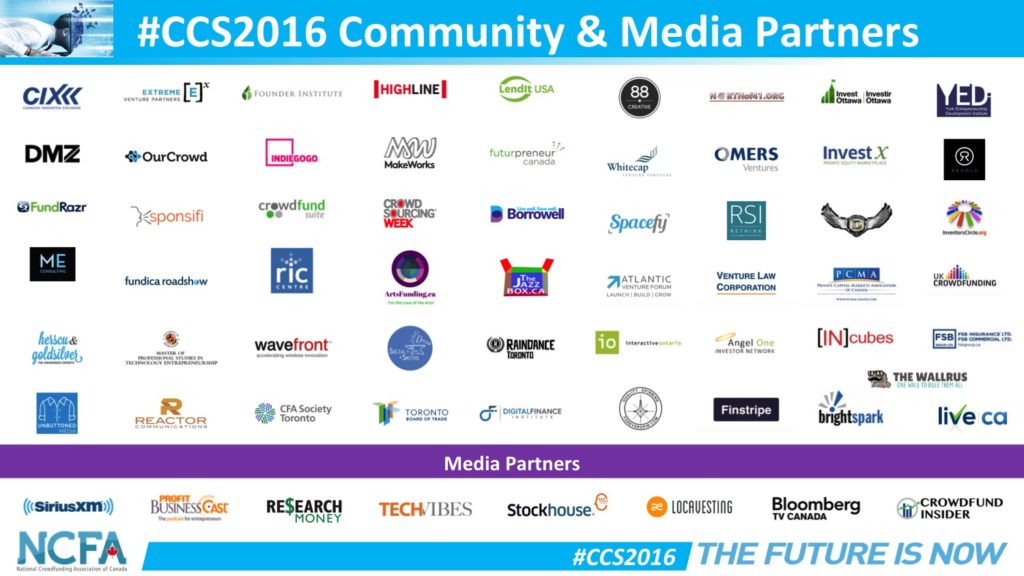